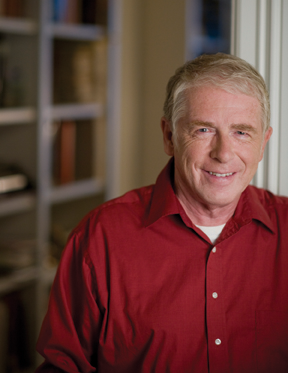 Richard Butler's family has a tradition of being tireless supporters of both Heifer Foundation and Heifer International.

In fact, his father, Richard C. Butler, was instrumental in establishing Heifer Foundation as a way to guarantee long-term financial support for Heifer International's efforts, while at the same time, providing the public with comprehensive estate planning options.

"His philosophy was that if you want an organization to exist in 100 years, then you need an endowment-it's a prerequisite," Richard said. His mother, Gertrude Remmel Butler, also had a passion for both organizations and the family's legacy lives on through Richard.

"The Foundation continues to fulfill [my father's] dream today."